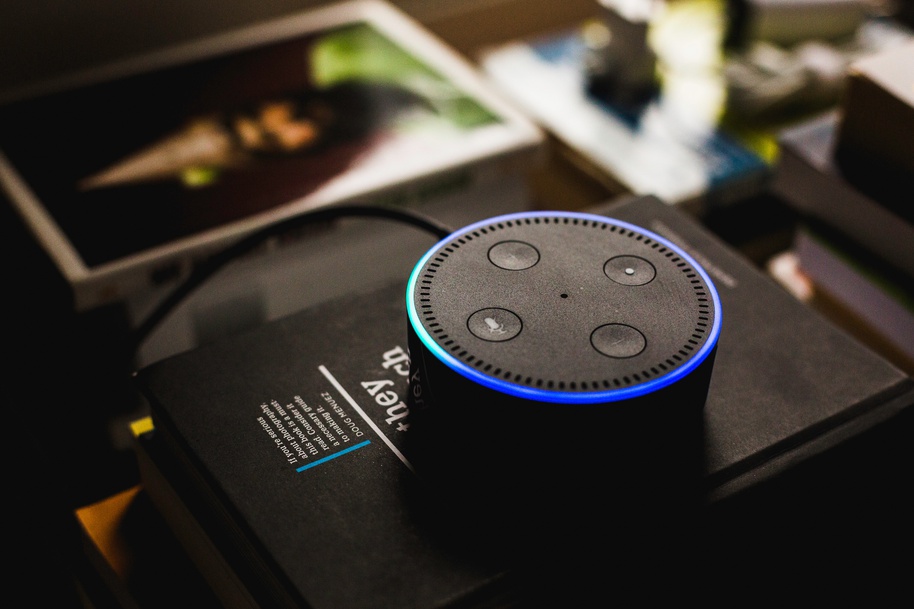 Every emerging technology is bound to attract the attention of decision-makers and marketers sooner or later. Yet, they don’t always react fast enough to take full advantage of it.

In the past, some opportunities were overlooked by many - and those who acted fast eventually took over. For example, Facebook and Google didn’t ignore the potential of mobile solutions and quickly dominated the mobile advertising market, just because they decided to take a mobile-first approach at the right time.

On the other hand, sometimes it was the marketers who seized the opportunity - but the consumers were simply not ready for it. Take beacons and QR codes, as an example. There were multiple campaigns revolving around them, but they didn’t seem to resonate very well with the audience in the end.

At the moment, voice assistants are definitely one of the hottest technologies to make good use of. Are they being used to their full potential, though? And who’s actually going to take control of the voice assistant market (if they haven’t already)?

The use of voice assistants

Basically, voice assistants use voice recognition, speech synthesis, and natural language processing (NLP) to perform the desired action through a particular application. These actions can vary - from turning the lights on, answering questions or playing the music after hearing a wake word or command. Still, as voice assistants become more powerful, their use both at home and at work changes as well. 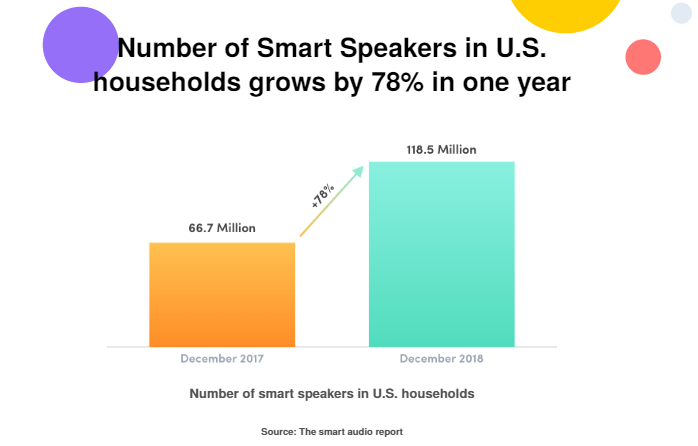 Especially given the fact that the owners of smart speakers would appreciate this technology also in other circumstances, rather than just playing music from the streaming services at home. Most smart speakers still seem to function as basic wireless speakers, though. 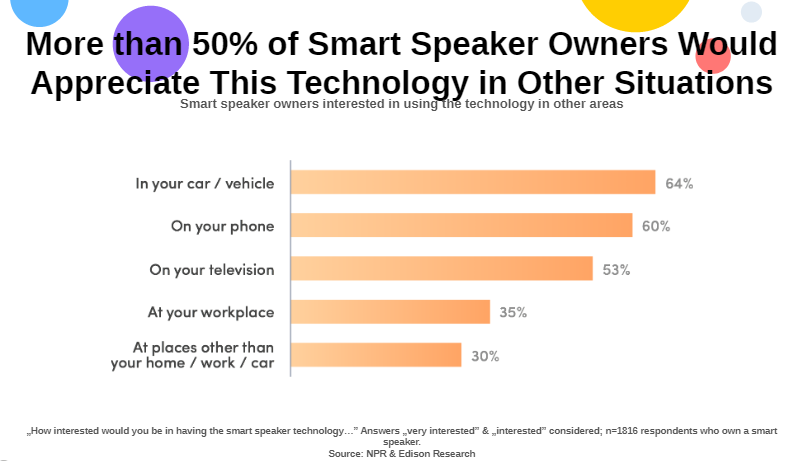 Can smart speakers serve as a direct sales channel, then?

Apart from streaming music, voice assistants are often asked to answer general questions (mostly about the weather), set alarms and reminders, or manage home automation. Only 11% of the owners use them to order products and even less (8%) to find a local business and, for example, order food or other services. 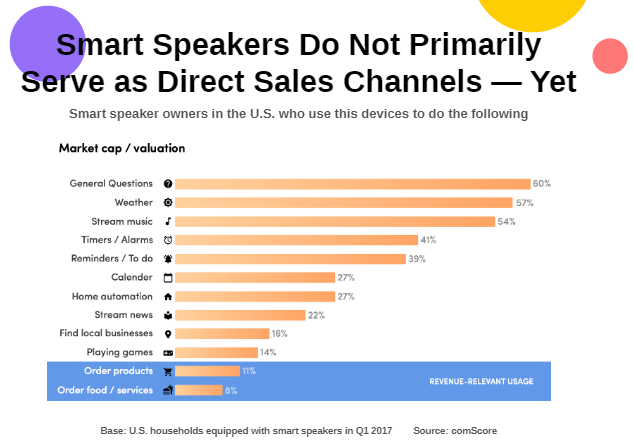 What does it mean for business owners and marketers? There’s still much work to be done, but the voice assistant market is booming - and the majority of businesses seem to have realised that, yet not many have actually done much about it. In fact, voice assistants can already be used to improve operational efficiency - from scheduling meetings to building more cooperative teams. Not to mention the ability to find new ways of engaging with your customers.

Yet again, the tech giants have already dominated the market. It’s currently divided between Apple, Google, Amazon, Microsoft and Facebook. All of them are likely to fight for the biggest share, but they all do it differently, with a different focus and motivation.

The development of voice assistants is inseparably linked to AI. In order to work efficiently, voice assistants have to be smart - understand what people say and interpret it the right way.

The only issue here is that voice recognition has been mastered by machines quite well (as it can be seen on the graph below), yet, there’s still room for improvement when it comes to the use of AI for its interpretation. 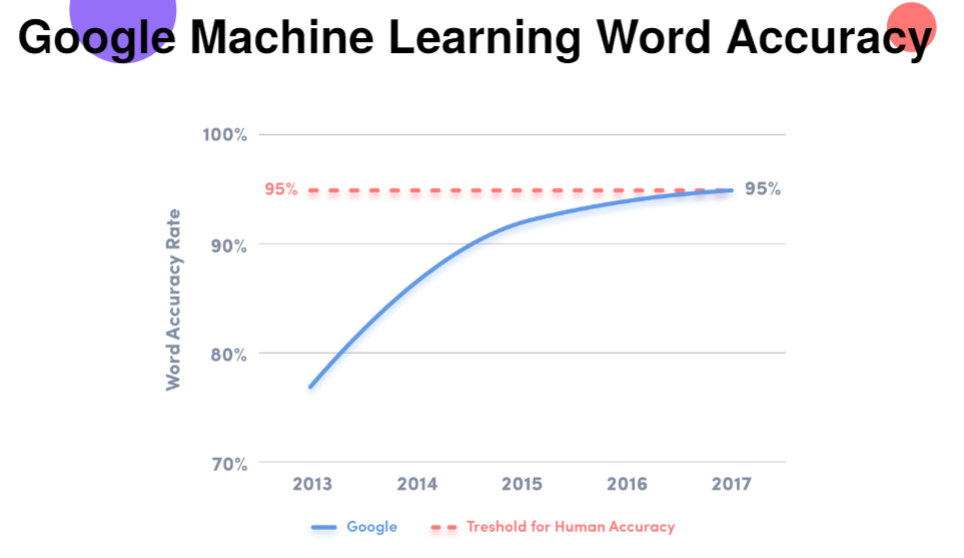 At the same time, searching with one’s voice is easier than typing, not to mention that voice results are given much faster than by an average website. It’s also more convenient and natural. After all, users seem to be striving for actual interaction and “getting things done”, rather than simply asking questions and waiting for generic answers.

Let’s assume that artificial intelligence catches up and proper voice analysis becomes reality. Most likely, it’s only a matter of time before that happens, and we see more and more devices ready to enter our lives and enable us to use voice assistants. It might be high time to take advantage of them - both at home and at work. 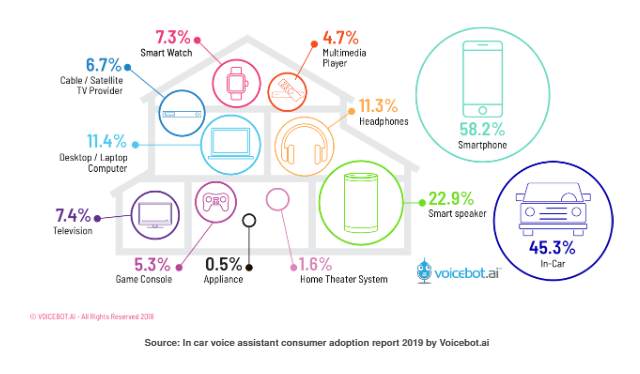 Who should get interested in voice assistants in the first place?

Use the potential of voice assistants

How can you make good use of voice assistants right now? Start with making it easy to find your business through voice commands. Just like being visible on Google Maps, this will quickly become necessary, if it hasn’t already.

Don’t forget to try out different voice assistants once you’re at it. Above all, take a closer look at the use cases and their popularity in a given country. Basically, if you think that your clients would rather use voice assistants at home, via smart speakers - choose Alexa or Google Assistant. If they are more likely to use a smartphone, consider Siri (iOS) and Google Assistant (Android). Plus, when focusing on the US, you can go ahead and test all voice assistants. If you want to expand internationally, though, Google Assistant might be the best choice since it supports more languages.

Nonetheless, it’s worth keeping an eye on the improvements the tech giants make when it comes to their voice assistants. They can easily influence your choice and inspire you to take advantage of voice-powered solutions to grow your business.

Speaking of - at Future Mind, we are already working on such solutions for our clients. If you want to discuss your options, get in touch.