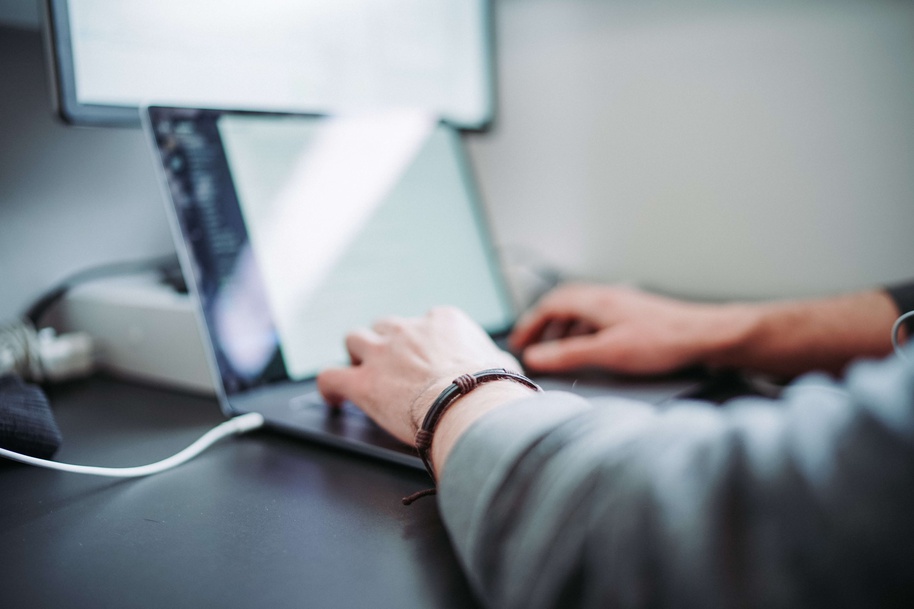 Building a web application is like building a house - both need a strong foundation. In web development, this foundation is a programming language paired with the right framework. The problem is that choosing the right one is not a piece of cake and many different aspects have to be taken under consideration, like the type of the project and its size, but also preferences of the development team. It is a broad topic so let us focus on web applications. Although there are still many technology stacks to choose from, two frameworks are particularly useful to build a web application from scratch: Django and Ruby on Rails.

Django/Python and Ruby on Rails are highly popular frameworks for web application development. They share lots of similarities: both are vastly used for the rapid development of web application, both are entirely open source and have many ready-to-use libraries, and plenty of developers around the world use both frameworks. At the same time, there are significant differences between them and a decision whether to choose one over another has to be well-thought. To facilitate this decision, we’ve compared Django with Ruby on Rails in terms of their languages, popularity and usage.

Ruby on Rails vs Django

Django is one of the most popular Python frameworks released in 2005, 2 years after its development started at the Lawrence Journal-World newspaper. Developers working on journalism websites have had to meet the fast deadlines and be able to implement new features as soon as possible. Thanks to its DRY (Don’t Repeat Yourself) Principle, Django reuses the existing code and focuses on new parts, which makes a developer’s work remarkably fast. Django is versatile and secure, so not only the publishing industry can take advantage of this framework. It is vastly used in data science, fintech, content management systems, e-commerce, and booking engines. Mozilla, Spotify, The Guardian, National Geographic, Instagram, Pinterest and NASA are only a few examples of well-known organisations that have built their services with Python.

Django is often called ‘the web framework for perfectionists with deadlines’ and lives up to its reputation. It is also praised for having ‘batteries included’ meaning that Django includes libraries and quality tools that are ready to be used in nearly any use case, such as Django ORM, Authentication, HTTP libraries, Multi-site support, Django Admin and more. No wonder that Django has a massive community of developers and supporters who influence the language and keep organising conferences, meetups and trainings.

Django uses Python, one of the most popular programming language in the world, widely used by tech companies around the world. It is not surprising - this object-oriented, general purpose programming language is easy to learn and fast to write. It is a versatile language, used for web development, machine learning and data science. One of the reasons why Python is so prevalent in scientific communities may be its guiding principle ‘There should be one - and preferably only one - obvious way to do it’. Because it’s a high-level language, Python reads like English and is beginner-friendly. No wonder that its popularity is continuously growing.

Ruby on Rails is also a vastly popular web framework, released in 2004. In contrast to Django, with Ruby on Rails, there are many ways to get the same result, which gives developers valuable flexibility, but also causes difficulties while passing the project to a new team member.

Its principle ‘convention over configuration’ means that Rails comes with a set of conventions that allow speeding up the development process and to make programmers happy, as advertised. The Rails conventions also facilitate moving from one Ruby on Rails project to another, as each one will probably follow the same structure and good practices. Ruby on Rails is also famous for having exceptional testing frameworks and for developing a strong focus on testing.

Ruby on Rails is built with the Ruby programming language which is very different than Python. True, both of them are open-source object-oriented, general-purpose programming languages, which differentiate them from languages known from enterprise ecosystems, like C++ or Java. The main difference between Ruby and Python, though, is a way they approach to solve problems. Ruby is incredibly flexible and empowering for programmers. Lots of ‘magic’ (a term quite often used by Ruby programmers) happens behind the scenes which makes the code elegant but less precise. At the same time, code written in Ruby is very readable and mostly self-documenting.

Ruby and Rails seem to be inseparable, and that’s usually the case. Ruby became a popular language when Rails has been launched, and although there are Ruby frameworks other than Rails, their popularity is pretty low, as they’re used is more specific use-cases, and Rails framework is universal.

Although Ruby on Rails faces decreasing popularity, the reports of its death are greatly exaggerated. It is still vastly used by millions of services, including major players, like Basecamp, Airbnb, Couchsurfing, GitHub or Hulu. Ruby is taught at universities, boot camps, free coding courses like Rails Girls and companies are constantly hiring junior and senior developers that know Ruby on Rails.

RoR vs Django - when to choose them?

Both Django and Ruby on Rails are powerful frameworks that help you to build web applications. Both Python and Ruby are scripting languages, so their performance is comparable. Both languages have vibrant communities that support each other and influence the direction of their languages. Python’s community is broader and more diverse because the language is more versatile and use in web development, machine learning in data science. Ruby, on the other hand, is rarely used for projects outside web development. For that reason, it is usually easier to hire a Python developer than a specialist in Ruby. Python is popular among scientists and more often taught at universities than Ruby, which makes the talent pool bigger.

When to choose Django?

Django is so powerful and versatile that can be considered as a framework of 1st choice by the majority of web developers. It is fast, robust, allows for scaling up and down and can be deployed very fast. Django suits any project, both web and mobile. If your project requires analysing data, then choose Python. It has all you need and gives more control than Ruby, where lots of ‘magic’ happens behind the scenes.

When to choose Ruby on Rails?

Although Django is universal, it may be an overkill for small projects. That’s why Ruby on Rails should be a better choice for early-stage startups and small organisations. If your project is a simple web application, Ruby on Rails seems to be a reasonable choice. The framework also embraces agility and change, which makes it suitable for rapid application development (RAD).

Both Django and Ruby on Rails are first-class frameworks for web application development. Both are an excellent fit for building a website from the ground up: they have a plethora of ready-to-use tools and vibrant communities behind. However, if your project requires working with big volumes of data, build your website with Django. Its popularity is also growing, in contrast to Ruby on Rails. It is crucial because popularity affects the number of developers on the job market, which favours Python and Django. So at the end of the day, it may be best to choose a team of developers first and a framework second.

If you still struggle to make a choice, share your concerns with an experienced software house which has worked on various projects with many different technology stacks. Contact us and let us help you decide!

As the retail industry is undergoing rapid changes, business owners face numerous questions about what strategic decisions to make with the post-COVID reality in mind. According to Tomasz Woźniak, Future Mind CEO, the best place to look for answers is in customer data.
#Business, #Digital Transformation

The FinTech revolution is flourishing. A new era has arrived that is currently changing the entire corporate world and is gaining strength. A range of companies from various industries will presumably soon build financial technology solutions in their businesses. Where does this assumption come from?
#Business, #Digital Transformation