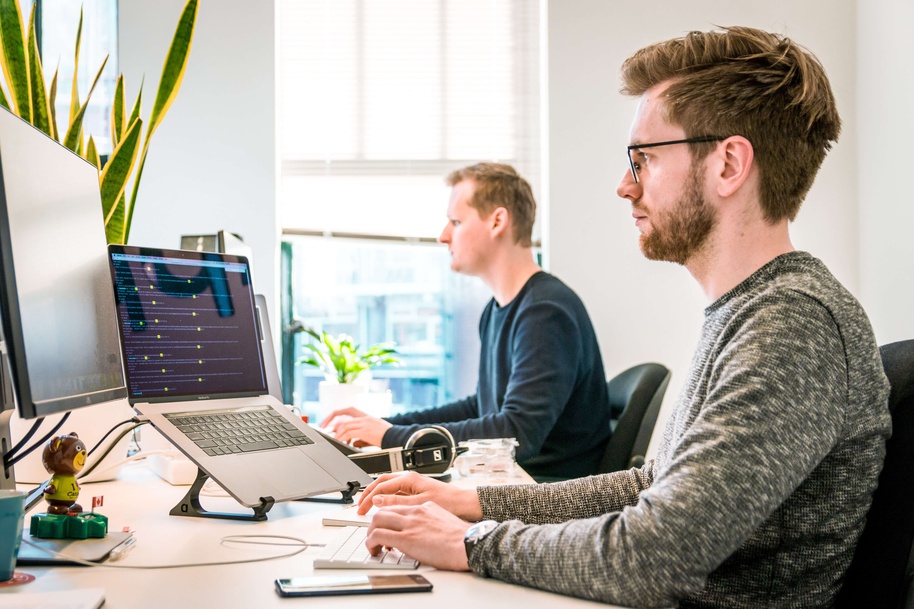 Do you have an idea for an app that’s going to be a game-changer? That’s a good start, but remember that building a web application is a process that has to be well-thought-out and the most critical decision of what backend environment are you going to choose has to be made at the early beginning. This is not the easiest decision as there are numerous technologies to choose from and each has its pros and cons. Although developers and product owners are often tempted to choose the one they’re familiar with, we recommend making an informed choice and deciding on the environment that is the most suitable to your project.

Why is it important to choose the right backend technology?

There is no doubt that the right tech stack plays an essential role in your project’s success, while making a wrong decision may be a reason for failure. The decision may be particularly challenging for small businesses and startups that usually work with limited resources, and the impact of the wrong decision can be even more severe than in a bigger organization.

Web technology stack includes the front-end (client-side programming), the backend (server-side programming, invisible for users) that includes the backend programming language, database, and server. In this article, we’ll focus on the backend and guide you through making a choice between Node.js or PHP. They both run the web because they’re the most widely used server-side technologies, and they both can manage apps of any complexity. At the same time, the differences between them are significant as they’re built around different concepts and architectures. PHP is a programming language, while Node.js is a cross-platform JavaScript runtime environment. However, both PHP and Node.js are similar solutions in terms of back-end. PHP is also the whole environment and in fact, in many projects, both Node.js and PHP can be used interchangeably. Let’s take a closer look at both technologies.

Node.js is an open-source, server-side JavaScript runtime environment powered by Google’s V8 JS engine. It’s a relatively young runtime environment, introduced in 2009 by  Ryan Dahl, Due to its asynchronous, non-blocking I/O (input/output processing) and its event-driven nature, is a right choice for building modern solutions based on WebSockets, micro-services, event queues, and jobs. Before its emergence, it wasn’t possible to perform asynchronous coding with JavaScript, nor to create pure JS applications that can operate outside the web browser environment.

Node.js was created to build websites applications with real-time push capability. Before, they were written in a client/server model, in which the client would demand specific resources from the server, and then would get those resources in response. Now, thanks to WebSockets that allow opening an interactive communications session between a user’s browser and a server, it’s possible to develop two-way connection websites with free data exchange. Web apps developed with Node.js are fast and efficient because they run in a single process, without creating a new thread for every request.

Although Node.js is younger than other popular web technologies, it has the largest open-source community and the largest repository of libraries and packages. Its default package manager, NPM, wins over PHP’s Composer. Python’s PIP, or .net’s NuGet. Thanks to that, software development in Node.js is relatively fast and straightforward because there is a massive database of the open-source code from other developers available.

PHP (originally stood for Personal Home Page, then renamed to Hypertext Preprocessor) is an open-source server-side scripting language, developed in 1994 by Rasmus Lerdorf specifically for the web. What now makes PHP different than, for example, JavaScript is that the code is executed on the server, generating HTML which is then sent to the client. The client receives the results of running that script but doesn’t know what the underlying code was.

Since its creation, PHP has become extremely popular and successful - almost 80% of websites are built in PHP, including web giants like Wikipedia, Facebook, Yahoo!, Tumblr and many more. PHP is also the language behind the most popular CMS (Content Management Systems) such as Wordpress, Joomla, Drupal, WooCommerce and Shopify. PHP is a universal programming language that allows for building landing pages and simple WordPress websites, but also complex and massively popular web platforms like Facebook.

PHP is also considered as easy to learn (at least on an entry-level) and, according to StackOverflow’s annual survey, is the most popular programming language of 30% of software developers.

When to choose Node.js?

The significant advantage of Node.js is having one language across technology stack - JavaScript. Relying on it has one more advantage - it’s the most popular programming language worldwide, employed by the majority of websites and supported by the majority of modern web browsers. Node.js gives it another advantage, which is the possibility to go beyond front-end web development. Thanks to the frameworks such as Electron or NW.js, it’s possible to develop native desktop applications for Linux, Windows and macOS, using JavaScript, HTML and CSS. No wonder that so many popular web & desktop apps, like Slack, Skype, or Visual Studio Code, are built-in Node.js.

Node.js is always the right choice for developing dynamic single-page applications and data-intensive, real-time apps that run across distributed devices such as instant messengers, streaming apps (Netflix is a good example), fintech apps (PayPal was one of the first companies that gave Node.js a chance when it was a novelty), IoT apps such as Connected Boat or Skycatch, productivity apps and collaboration tools like Trello. We’ve covered the examples of the best Node.js applications before.

When to choose PHP then?

As we’ve already mentioned, PHP has been designed for the web and therefore it’s intrinsically equipped to work with HTML, servers, and databases. PHP exists for over 20 years and has a massive community, lots of frameworks, robust codebase, documentation, and other resources. It all makes it easy to learn and to build various web applications.

You should consider choosing PHP if you need an e-commerce service or a blog. Focusing on PHP is also the right choice if you work with a LAMP stack that includes PHP together with Linux Apache and MySQL. PHP environment is also more mature.

Node.js and PHP are the two leading backend technologies, however, they’re different and therefore cannot be treated interchangeably without analyzing the specific needs of the project. PHP is synchronous, while Node.js asynchronous. In terms of speed, there is no simple verdict - both Node.js and PHP are fast but can get sluggish while executing CPU intensive tasks. Both are cross-platform, so when it comes to compatibility with operating systems, there are no significant differences

Keep it in mind that while making the final choice, the question shouldn’t be which one is better as there is no right answer to it. You need to decide which technology can serve your project needs in a better way. At Future Mind, we tend to choose Node.js over PHP. Our apps are often extremely complex and have to deal with lots of data sources that are dynamically delivered to server applications. Thanks to Node.js, their development and maintenance are fast, reliable and robust.