Python vs Ruby - How to Choose the Right Backend Technology for Your Web App? 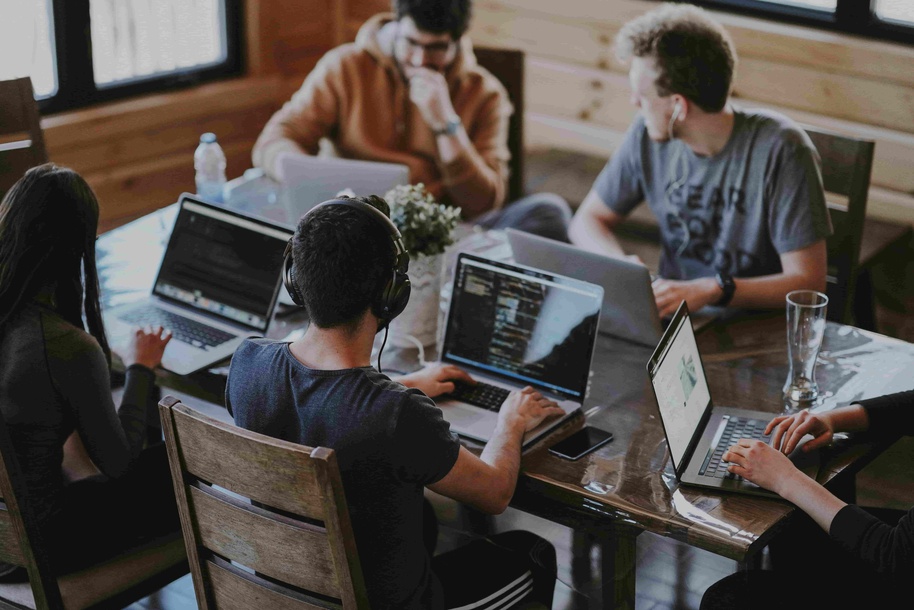 Let’s face it - once you decide to create your own app, it’s only the beginning of all the decisions you have to make. Actually, one of the most important choices is the right technology stack for your web application. It can be challenging if you are not familiar with the characteristics of programming languages, but the key is to research the options available and partner up with a seasoned software house. To make it easier for you, we compared popular backend technologies that your application can be based upon. Find out how to choose between Python and Ruby when starting to develop an app.

Why is it important to choose the right backend technology for your app?

A proper tech stack has a direct impact on your application’s success (or its failure). But, before deciding on the backend technology, it’s crucial to understand what the whole app development process consists of.

There are two major parts of every tech stack:

That’s a tech stack in a nutshell. Now, choosing the right backend technology (or any other technology, for that matter) is not as easy as it seems. You should take into account the type of your app and its purpose - in other words, you have to know exactly what are you planning to create, in order to pick the most suitable tools for the job. It’s also important to decide when you want your app to be launched. Technically, the faster you develop and release your web application, the better - due to the overall development cost and increased chances to stay ahead of the competition. It all depends on the complexity of the app, though. You should always choose a tech stack that is tailored to your app and thus, meets your needs and requirements.

To make an informed choice, get familiar with the options available to you first. If you expect the development process to be relatively fast and cost-efficient (plus your software is not going to fall into the real-time app category), choose between Python and Ruby. Here’s how to do it wisely.

Ruby was developed back in the mid-1990s in Japan, which may be the reason why it’s often called “an elegant and powerful language”. Apparently, it was designed with humans and their productivity in mind, as it aims to keep the code as comprehensible as possible. Ruby also seems to take the object-oriented programming (OOP) to the next level, through its use of blocks or first-class objects. In general, OOP focuses on objects and data, rather than single actions and a specific logic behind them. These objects are then treated as units within a program, which interact with one another. And this is what makes Ruby so capable, along with its use of lambdas and functional programming.

Interestingly enough, there have been some rumours about the “extinction” of Ruby circulating for a few years now. Yet, the language and its main framework (Ruby on Rails) seem to be doing just fine. Speaking of - Ruby on Rails is probably the reason why Ruby gets that much attention in the first place. Nonetheless, Ruby still has a robust developer community, with new contributions on GitHub made regularly. It may be due to the simplicity and intuitiveness of the code, which often makes Ruby a popular choice among developers, especially at the beginning.

At the same time, though, Ruby is criticized for its seemingly low performance and excessive freedom it gives the developers at times. Although it may be slower than some of the equivalent languages, it doesn’t change the fact that it forms part of many great web apps up to date.

Similarly to Ruby, Python is also an object-oriented, general-purpose and high-level programming language. It essentially means that both languages are designed to enable creating different types of applications, and somehow resemble human languages rather than machine code.

However, Python serves a slightly different philosophy. It takes a more direct approach to actual coding and emphasizes code readability. The aim is to make it all obvious to the developer, at the expense of some “elegance, magic and fun” that Ruby is known for. It may be the reason behind the popularity of Python among the scientific community - there are many academic use cases that wouldn’t have happened if it wasn’t for Python.

It’s definitely more conservative and favours only one best method to solve a problem at hand, instead of giving developers the freedom to do it however they want. It may not seem like it, but it’s actually a big advantage when coding and debugging. It enables clear programming, no matter the scale of the project. It also values stability over change, which is why new features are usually added slowly.

As already mentioned, Ruby and Python are quite similar in terms of being high-level and object-oriented languages. Both of them allow writing clean and concise code, but the difference lies mostly in their approaches to solving problems, which ultimately make them more suitable for different types of applications.

When to choose Ruby?

Ruby, or rather its framework Ruby on Rails, is a great choice if there are specific budget requirements or tight deadlines you have to meet. That’s why it’s popular among startups and small businesses - it allows relatively fast prototyping and development, even when the scope is not entirely specified or is likely to change during implementation.

More specific types of apps, where Ruby on Rails fits perfectly in the tech stack, are especially custom web apps, such us dedicated e-commerce solutions or streaming services. Also, if you plan to create a web app with lots of different functionalities, Ruby can make that happen. It provides a quality code base and diverse community, which is probably why it forms part of many well-known apps - such as Airbnb, GitHub, or Shopify.

On the other hand, Ruby is not the most popular option when it comes to innovative web development solutions, which usually require a full control over the architecture, modules, or database integrations.

When to choose Python, then?

Python is suited to applications that scale horizontally and take advantage of the cloud. Thanks to the variety of libraries, you can create pretty much anything you want to – with more control over the whole development process, than when using Ruby. Actually, Python-based framework Django is widely used in web development, and even powers popular apps such as Pinterest, Instagram, Quora or Reddit.

The more creative use of Python, however, is related to data science and visualization, including machine learning. TensorFlow and scikit-learn are popular libraries for Python with machine learning algorithms built-in, which makes the development of AI-based projects much easier. It’s also useful in audio and video analysis, as well as simple tasks automation. Therefore, it works well with more demanding apps.

Despite many arguments for and against both languages, it’s difficult to judge which one is ultimately a better choice. It all depends on the web app you aim to create. After all, the users focus more on the end result rather than the technology stack that their favourite app is based upon. As long as the app serves its purpose, is engaging, reliable and secure - the choice is entirely yours.

Remember that there are certain types of applications that each of the languages seem better suited to, because of its features and community support. That’s why it’s important to know your needs and requirements first before you select the right backend technology for your app.

If you’re still not sure what’s a better choice in your case, discuss your project with an experienced software house. Contact us and let us help you decide!

As the retail industry is undergoing rapid changes, business owners face numerous questions about what strategic decisions to make with the post-COVID reality in mind. According to Tomasz Woźniak, Future Mind CEO, the best place to look for answers is in customer data.
#Business, #Digital Transformation

The FinTech revolution is flourishing. A new era has arrived that is currently changing the entire corporate world and is gaining strength. A range of companies from various industries will presumably soon build financial technology solutions in their businesses. Where does this assumption come from?
#Business, #Digital Transformation