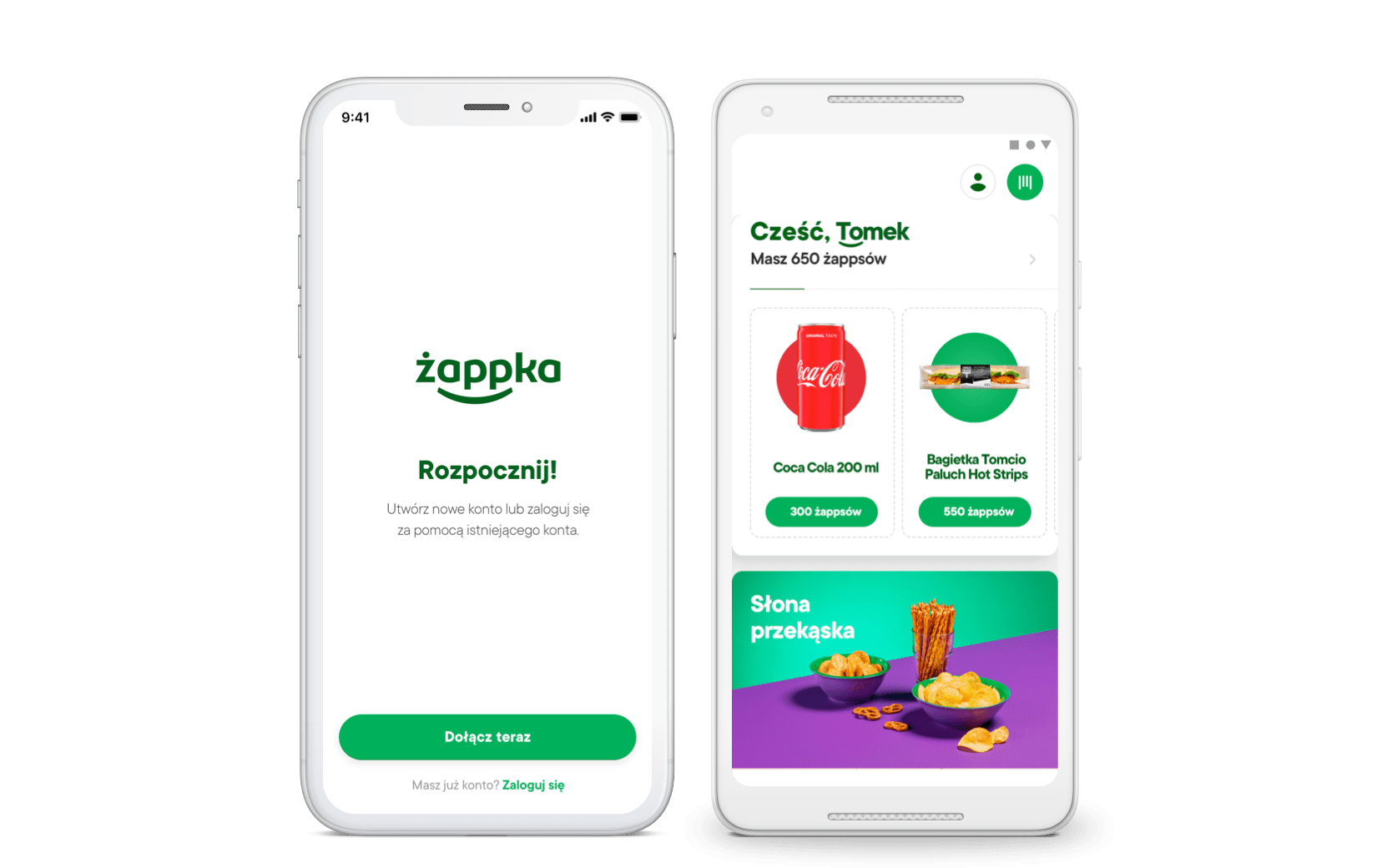 Żabka Polska owns the biggest Polish and Central and Eastern European convenience store network operating under Żabka and Freshmarket brands. During its long presence on the Polish market, the company became a leader in its category and currently runs over 5600 stores. Żabka chain abides by modern retail standards that focus on convenient shopping.

Żabka Polska needed a reliable partner to develop a mobile app for its customers, which was going to become the main component of Żabka’s “store of the future” concept.

Since our previous collaboration was a success, which proved that we are fully capable of creating advanced mobile solutions (see award-winning ‘’frappka” app), one of the biggest retailers in Poland trusted us once again. 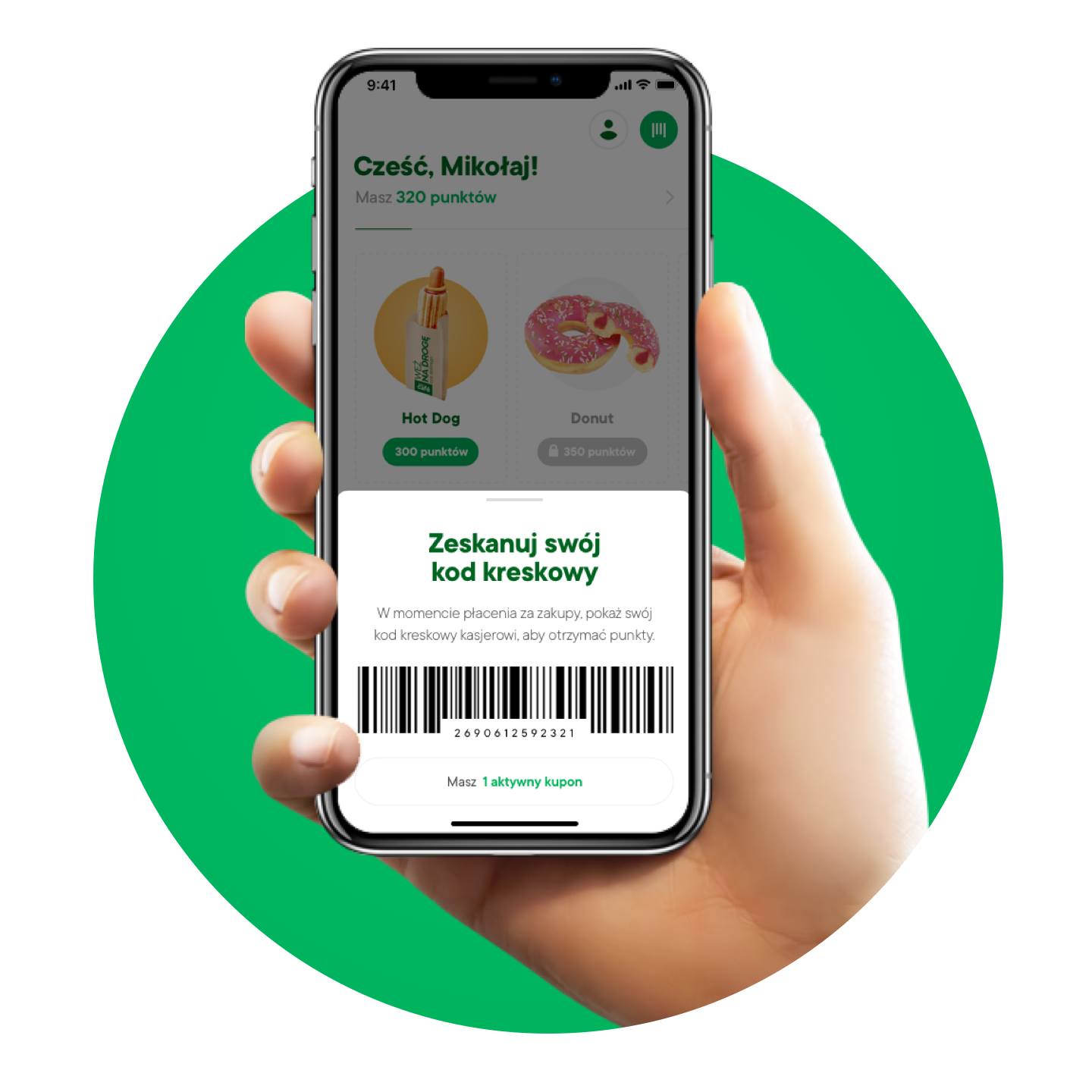 The main challenges we encountered were as follows:

Read more about the app development process to see how we addressed those challenges.

Proof of Concept
Every project that revolves around integrating multiple systems and providers should start with a Proof of Concept. The purpose is to choose the best technologies, try to code basic system functions and, essentially, validate the concept and lower risks at an early stage. We followed the exact same principle when working on “żappka” app. This way, we could prove that there was a proper solution to integrating Żabka’s systems and marketing automation SDK within the app, before its development actually began. 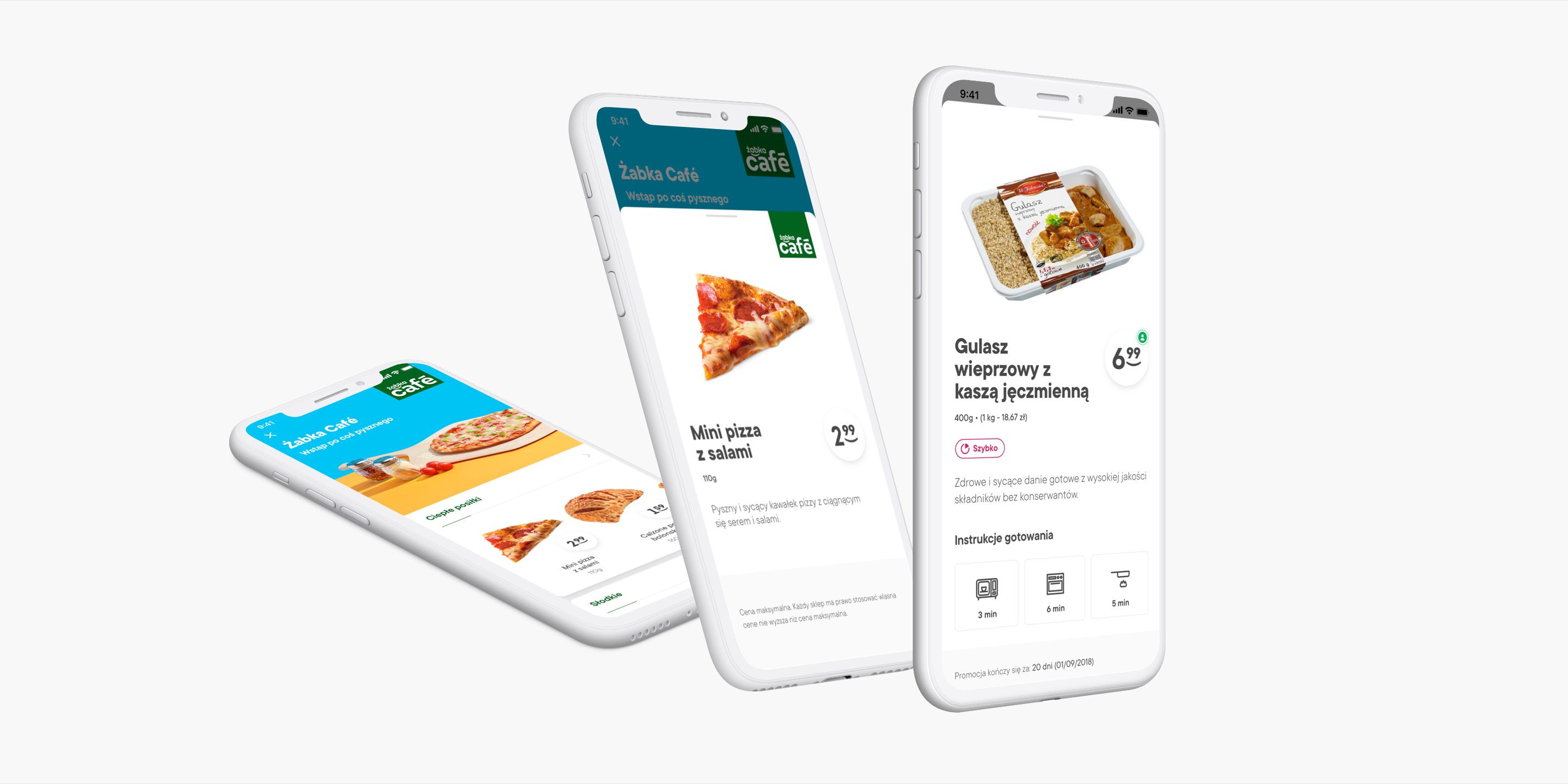 After creating the Proof of Concept, we moved to the development phase with an intended design of the app (designed by Ueno - the design agency behind Uber's rebranding). We divided the projects into three stages: closed beta, pilot (placing the app in the app store) and the actual launch of the app. We chose to work in two-week sprints in order to react to any changes in the business strategy and to user feedback, quickly and constantly.

After three months since the work started, the app has been ready for closed beta testing. After the next two months, the app was already in app stores whereas the proper launch (planned together with TV & online advertising campaigns) took place after another three months.

When developing the app, we wanted to allow Żabka’s team to take full advantage of Synerise AI-Driven Growth System. To achieve that goal, most of the app’s content can change dynamically, depending on the advanced, AI-based recommendation engine. Despite the complexity of the system and the logic behind it, we focused on providing a seamless user experience to all Żabka’s customers. 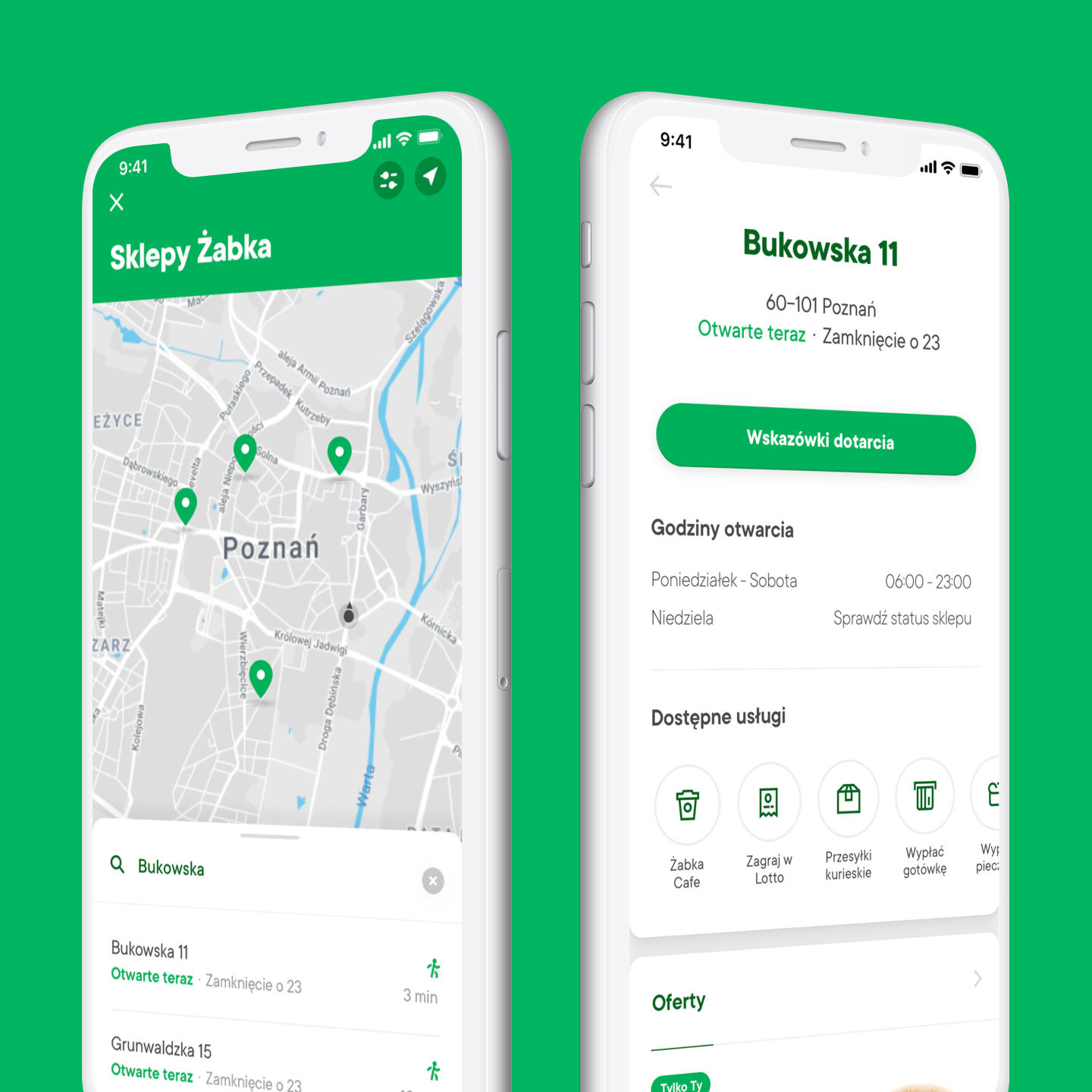 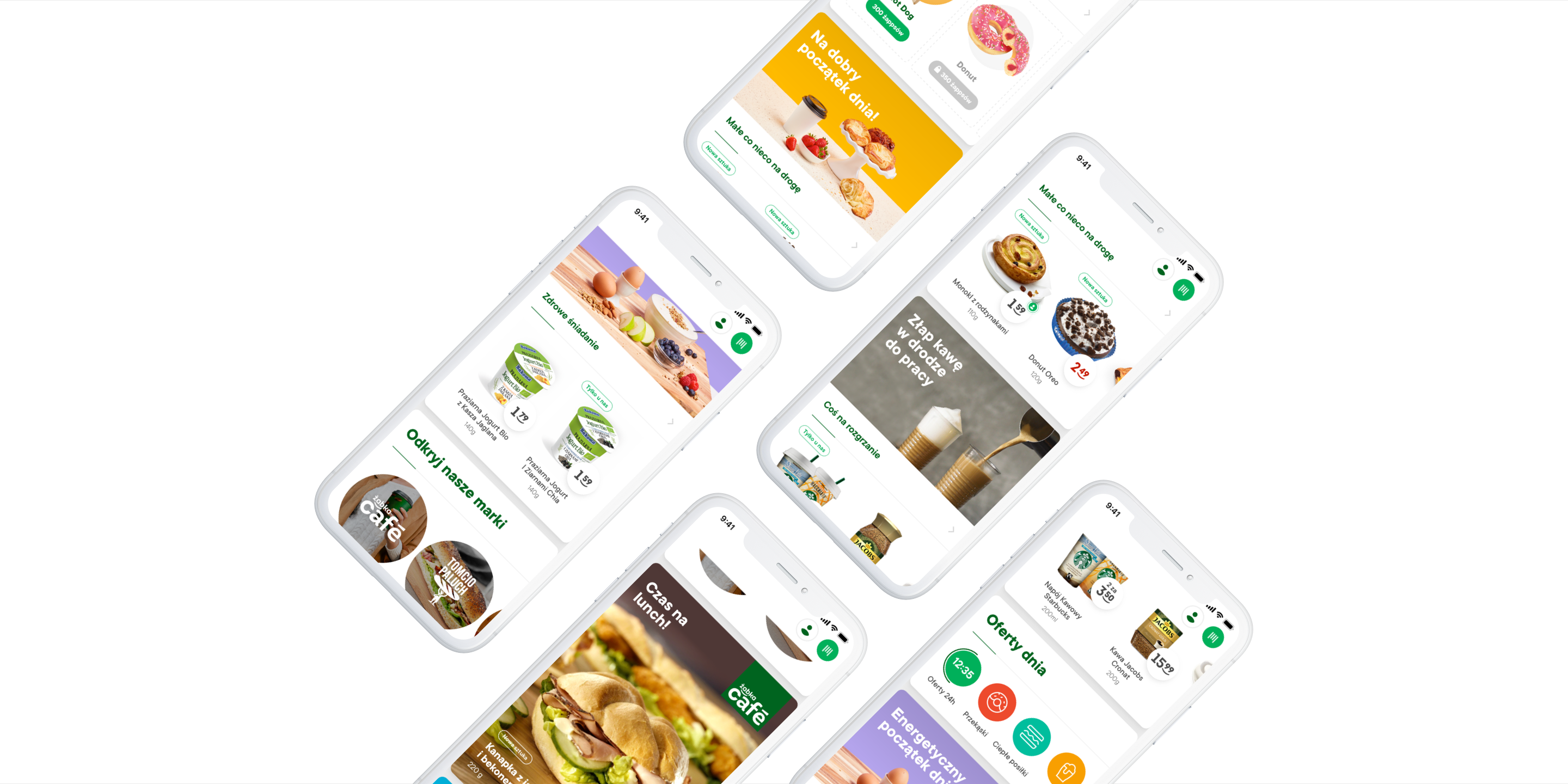 Due to successful cooperation in the past, the Client had clear expectations towards us - to make the ideas of Żabka’s team possible with our expertise in developing complex mobile solutions. That’s precisely why we were able to recommend certain solutions and look at them both from the Client and the user perspectives, while also taking into account all the technical aspects at every stage of the project.

Combining the Client’s industry know-how with our technical knowledge led to the development of a “żappka” app, which forms an important part of Żabka’s “store of the future” concept. Thanks to the app, the retailer is now able to get to know the customers better and provide them with personalised offers.

The main features of the app include:

We already know that we helped meet the expectations of Żabka's customers. Żappka is one of the most popular free applications on Google Play and the App Store. It has been downloaded a total of over a million times in just over a month since its debut. Needless to say, we are still developing the app further with Żabka’s team.