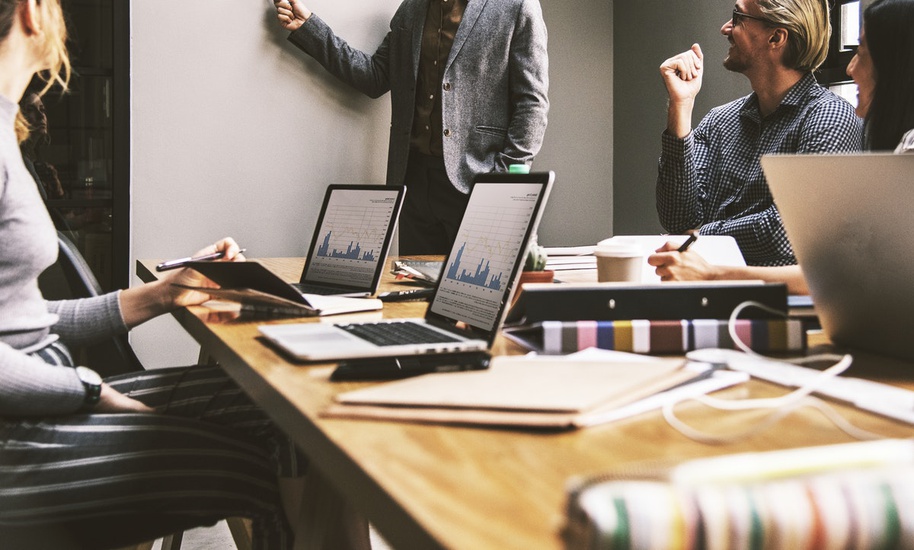 If you take a quick look at our portfolio, you might be under the impression that we work mostly with enterprise clients. That’s true, to some extent - but let’s not forget about all successful startups we’ve supported over the years. Here’s to them.

Brainly, the world’s largest peer-to-peer learning community for students, parents and teachers, has more than 150 million unique users across 35 countries each month. It was named the “startup of the year” several times by different entities - Central European Startup Awards, EuroAsian Startup Awards, or Best in Biz Awards, just to name a few.

This year, the startup acquired $30 million in funding to expand its learning community in the US, bringing the total funding to date up to $68.5 million. Its recent expansion to Asia has also been quite fruitful - India quickly became Brainly’s fastest-growing communities, with the world’s largest online peer-to-peer academic learning community as it has already registered more than 12 million answers.

With so much potential, there are a lot of opportunities for how Brainly might shape its product over time. One of the main areas of focus, however, has definitely been its mobile app. Knowing that mobile products are our speciality, Brainly asked us to refine their mobile strategy.

We first analysed the market, competition, as well as the target audience along with the current trends it follows. We also conducted an audit of the existing app and recommended new features and solutions that could improve the user experience throughout the whole user journey. This way, we made sure that the new mobile strategy can truly contribute to Brainly’s growth.

Packhelp allows companies to design and order their own custom-branded packaging. The startup was founded in 2015 and has been growing ever since, collecting plenty of awards along the way. This year, it raised €8.8 million in one of the largest Series A rounds in the CEE region, and it’s now said to be serving over 10,000 customers (including well-known brands such as H&M, Uber, Google, BMW, Wrangler, and L’Oreal) in more than 30 countries. How is it all possible? Basically, thanks to Packhelp’s online marketplace and intuitive apps, everyone can design and order their own packaging in just a few clicks.

We had a chance to work on its iOS application, which also happened to be one of the first ARKit e-commerce software solutions on the market. The app was meant to help Packhelp’s customers to better grasp how their products will fit in appropriate boxes before making a purchase. In order to do that, the users can browse all available box types, overall dimensions, and designs, then see their own design come to life with Augmented Reality and use transparency mode to see which box will fit their items best. 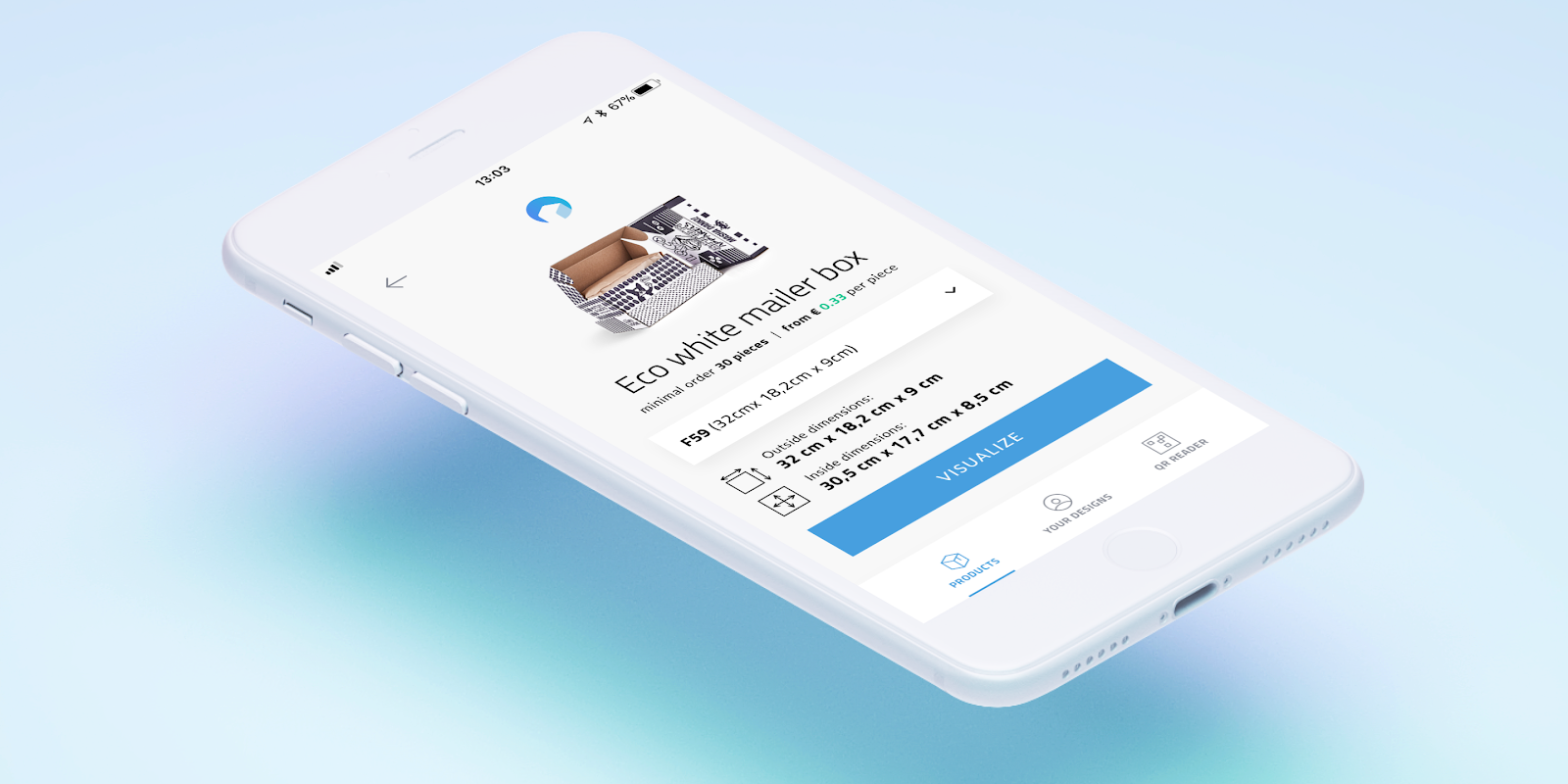 Livespace is a new generation CRM used across the sales teams in small and large companies around the world. It assists its users by automating repetitive tasks and advising on actions that should be taken in order to make the most of generated leads and shorten the time of customer acquisition.

The market for this type of software in Poland is currently worth nearly $248 million and is growing fast, which makes it difficult to stand out. Yet, Livespace is doing really well in comparison to its competition: in fact, it has made it to the top of the Sellwise’s best Polish CRM systems list a couple of years in a row.

One of the Livespace’s greatest assets recognised by the editorial team (and the users, for that matter) has been its mobile app. At Future Mind, we were actually responsible for the development of the Android application. The app makes it easy to access all contacts, tasks, notes and correspondence with customers, as well as take a look at relevant statistics and insights. One of its features that are worth mentioning in particular, though, is the ability to add every single call as a new event directly from your phone right after the conversation, and have it all synchronised with the back-end architecture. 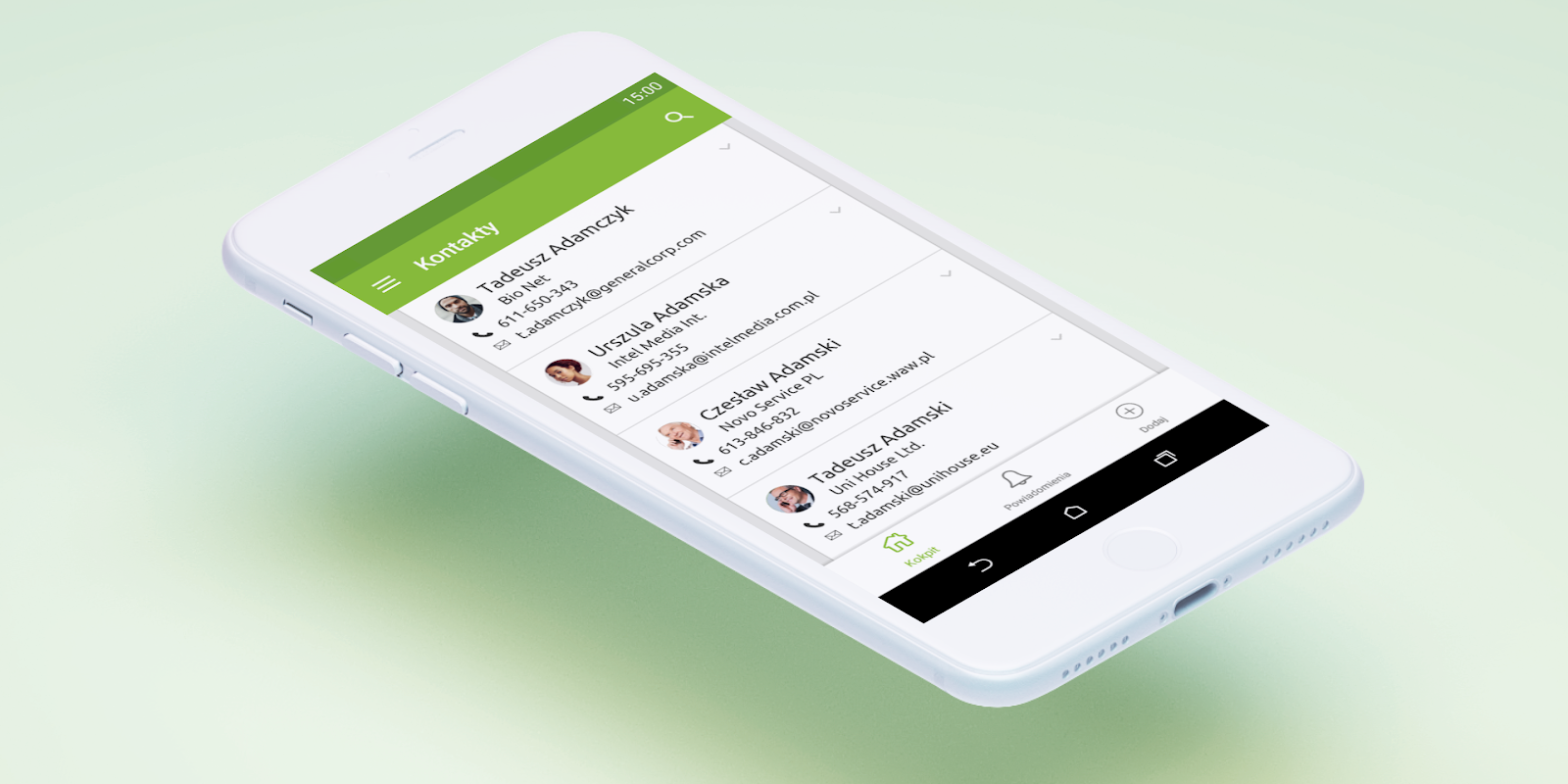 Survicate is an interesting tool as well. It’s a survey and feedback software that offers various solutions - such as targeted website surveys, feedback widgets, Net Promoter Score® surveys or in-message surveys which allow its users to collect customer feedback across all digital touchpoints.

Since 2013, the startup has become a leading platform for collecting customer insights. It currently has over 500 customers all over the world (including Atlassian and Sendgrid), who collectively gather over 200,000 responses a day. On top of that, Survicate has already secured about $1 million in funding, and is steadily growing at a fast pace.

Back in the day, we helped Survicate created a mobile SDK (Software Development Kit) to enable companies running native mobile apps (both iOS and Android) to gather their customer feedback without redirecting them out of their mobile apps. Thanks to this SDK, any company can implement Survicate platform with minimal programming effort.

We also worked with Survicate on expanding the SDK architecture to enable the customers to implement Survicate into their mobile apps simply by copy-pasting a few lines of code. The surveys match the design of the mobile app in question, and thanks to a CMS panel everyone can set targeting flow, events and rules as they want to - Survicate will always display surveys according to those settings. 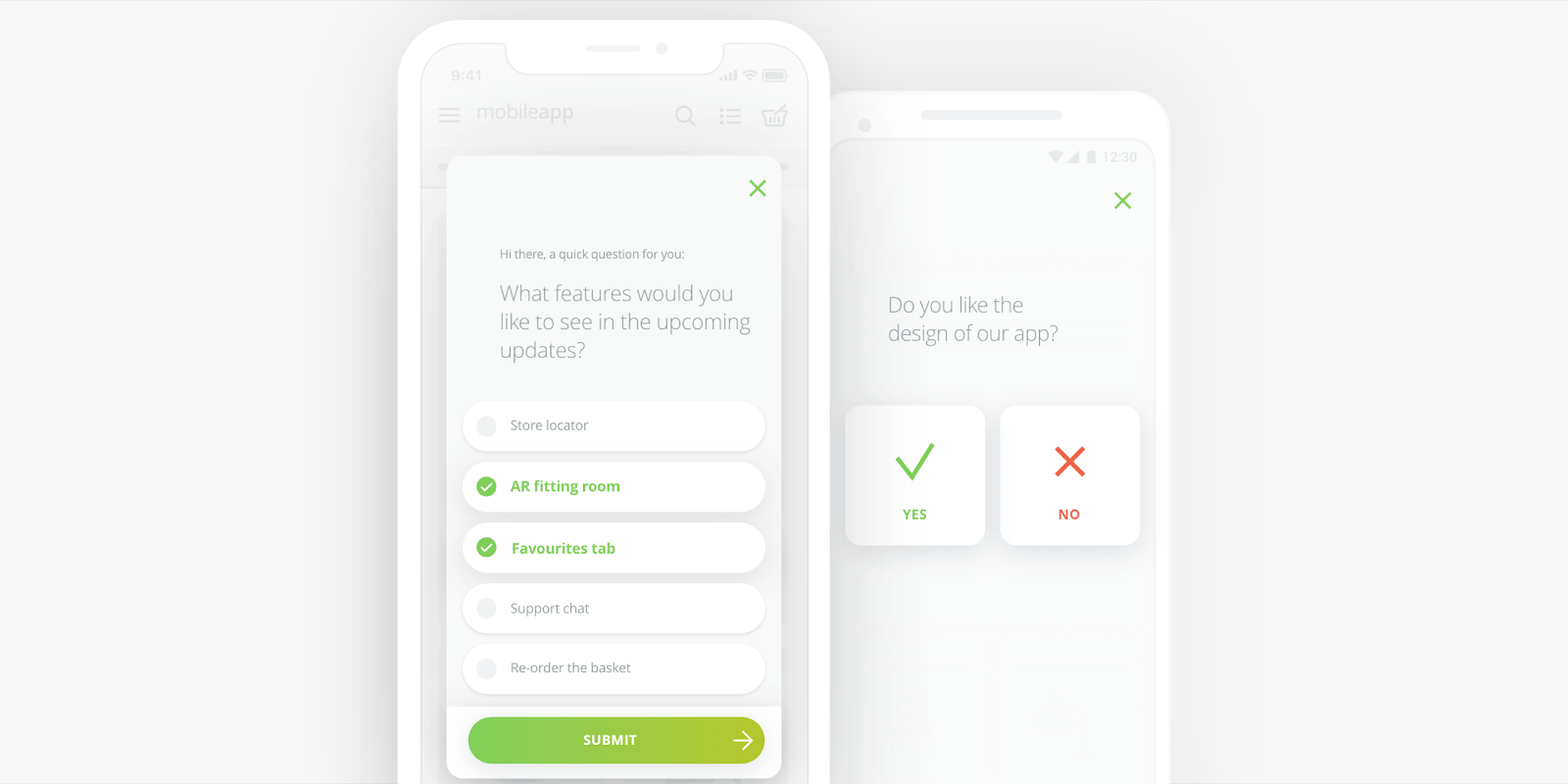 User.com (previously known as UserEngage) is a modern, fully integrated marketing automation platform aimed at improving engagement and conversion by streamlining a wide range of communication channels: email, live chat, chatbot, push notifications, dynamic page content, and many more - which you can all manage from one place.

In 2018, it received the Aulery Award (granted to the best Polish startups and young technology businesses with global potential) and raised $2.7 million. In the meantime, the startup also bought User.com and rebranded itself as User.com.

Given that at Future Mind we write clean, high-quality code, we were once again asked to develop a mobile SDK. As a result, its users can now override custom actions and events in their mobile apps, collect data about their customers, or send push notifications and in-app messages directly through their mobile devices. This actually helps to improve the functionality of User.com and makes it possible to provide an omnichannel experience to all its users.

Talkin’ Things is a complete IoT smart packaging platform for connecting products and helping brands benefit from them throughout the entire supply chain. Speaking of brands - the startup has been working with many world-leading ones, especially from FMCG and pharmaceutical industries (including Coca-Cola, Nestle, and GlaxoSmithKline). This year, it raised more than $3.5 million.

A while back, though, we had a chance to create the Android app for Talkin’ Things, which enabled its users to scan tags placed on various products (such as branded clothes, perfumes and cosmetics) and immediately check whether these products are original, as well as access more information about them.

Additionally, we created an SDK library that allowed this product verification system to be integrated with other mobile applications and partners, as well as external data sources through a flexible API. What’s more, we also took care of the design and implementation of NFC tag encoding machines for this project. 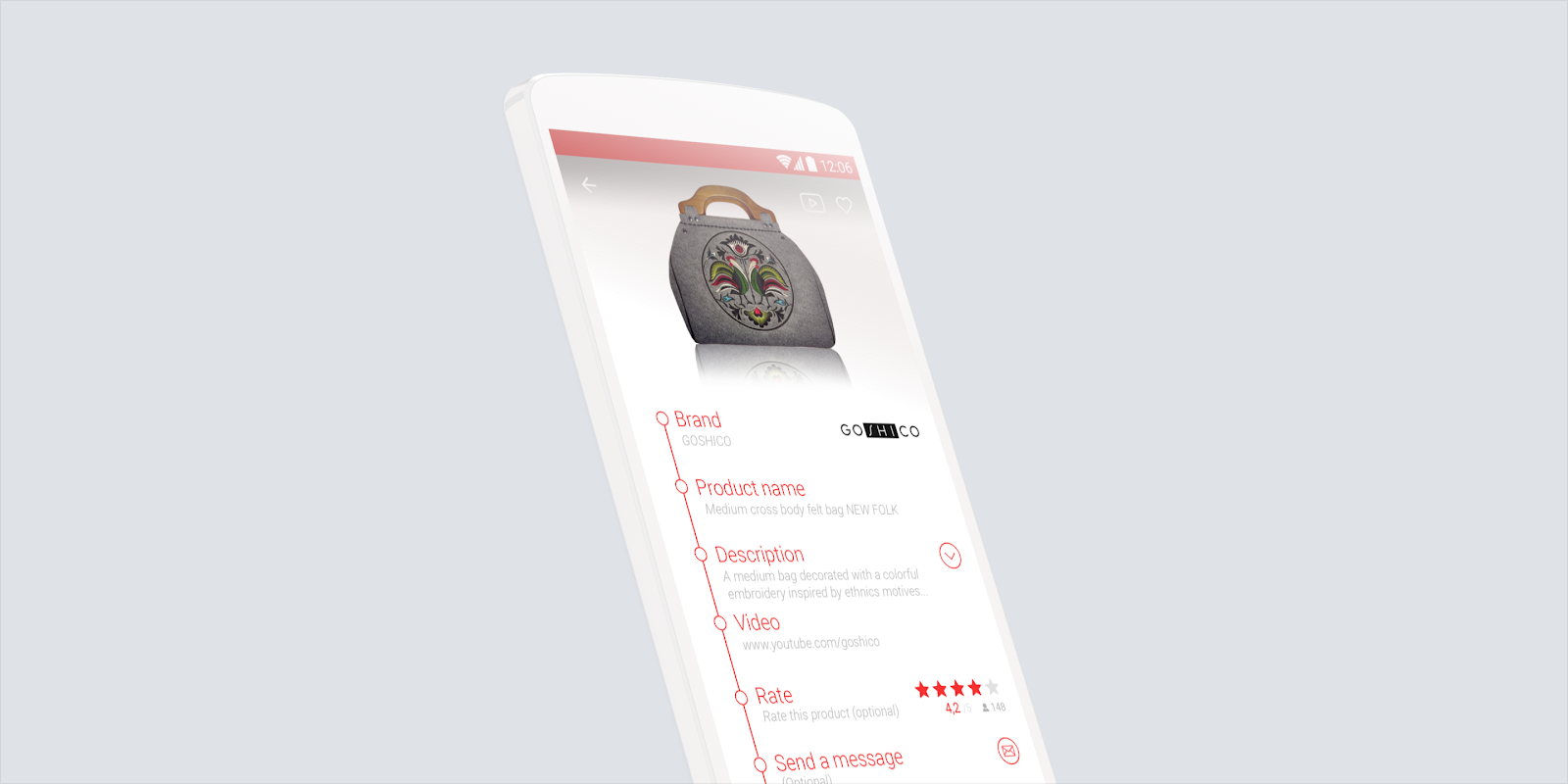 MaturaToBzdura is one of the most popular Polish channels on YouTube. In order to monetise their popularity, its creators decided to develop Quiz House - and they chose us to help out with that.

Quiz House has definitely been a rising star ever since. The Android app combines entertainment and education, allowing the users to test their knowledge thanks to multiple quiz categories, and play against any opponent. There are more than 110 thousand questions in over 100 different categories - and these numbers are still increasing thanks to app’s active users who constantly help to expand the content base.

Speaking of numbers: the popularity of Quiz House exceeded our expectations. It has been already downloaded more than a million times, with the average rating of 4.4/5.

Currently, we are working on a completely new version of the Android app and iOS version. 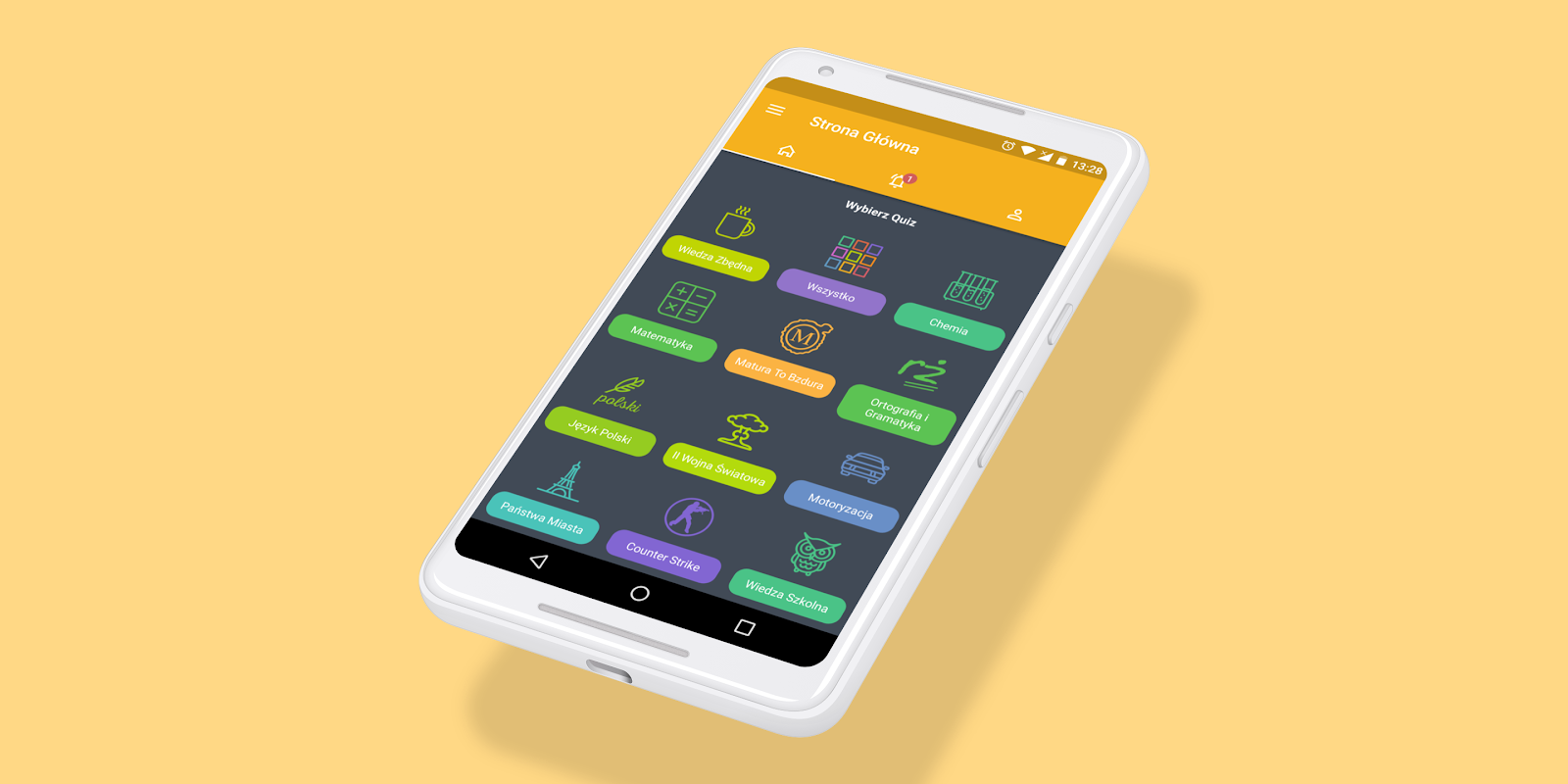 Would you like to create a successful startup yourself?

We’re proud to have a diverse portfolio that features both well-established enterprises as well as fast-growing startups. In fact, most of the projects we were involved in are often named the best startups in Poland.

If you’re thinking of developing a successful startup yourself, then - bring your idea to life with us. 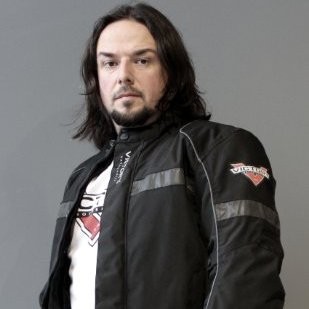 We’re proud to announce that Future Mind is now a part of Pangea – a curated platform composed of the top 7% of software and technology companies.
#News